Late again, but that's the point. 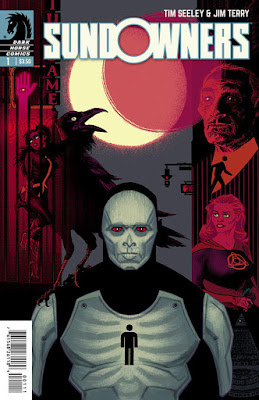 It must be summer. How do I know? I've had time to read comics. Thanks to the trio of wonders that are rss feeds, torrent magnets and coincidence, I was introduced to Tim Seeley and Jim Terry's Sundowners. A comic about a group of damaged people with various mental illnesses who all share the same affliction - they each believe they are super heroes. For several years, I have nurtured an unfair prejudice against any comic with superheroes or space... which narrows the available selection significantly.

The explosion of superhero movies, particularly the Marvel brand has done considerable damage to my motivation to read these books. Seeing your favorite heroes on screen is a real thrill but it comes with a hangover: a whole cast of zeitgeisting faces to haunt every page, old or new. Sure, I like Benedict Cumberbatch. I enjoyed his work in Sherlock and think he makes an adequate Stephen Strange. An adequate Stephen Strange. 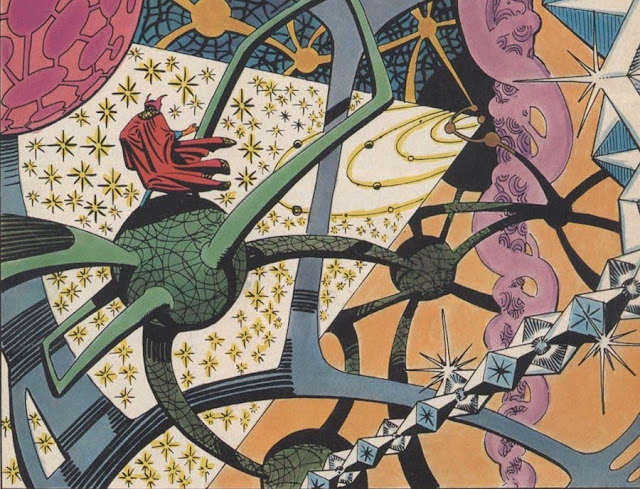 Well, would you look at that: searching for "Doctor Strange" on google images forces you to scroll through nearly ten pages of Cumberbatch photos, deviant art tributes and digitally colored modern Strange before getting to a single Ditko image.

Along with Peter David era Hulk, the doomed 2099 reboot of Ghost Rider and Chris Claremont's late 80s vision of the X-Men, Doctor Strange rates among my all time favorite Marvel titles. So seeing Strange on screen is to be frank, sad... Psychedelia reduced to CG, an homogenized occult reduced to an intersection of wikipedia and memes and the dilution of gorgeously pompous and verbose language, streamlined into audience winking soundbites... it all weighs too heavy. All of which says nothing of the movie's actual quality and speaks only of this writer's peculiarities. 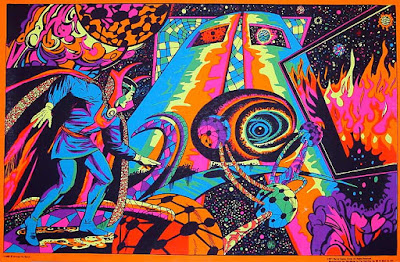 Of course, I am aware that this is supposed to be about Sundowners but the world really needs to be Stranger... and well, isn't that the point, Mr Seeley?

As for Sundowners? It is Deleuzian. Perhaps this is a name I should know better to evoke. Perhaps I should be past it. But perhaps again, it is my own experience of mental illness through family that it sticks, that allows space to it to make sense. While cut short, Seeley did a fantastic job of blurring the lines between the real, imagined and heroic. Where "reality" ends and where the psychoses of the characters begins is never strongly enforced and allows the reader to come to his/her own conclusions about the ethics, morality and sanity of comic book heroes.

Sundowners concludes at issue eleven. Which is unfortunate, because although Seeley does manage to tie up the major plot points there were a number of stories that deserved unpacking and greater exploration. Still, a satisfying, refreshing and for this jaded reader, rejuvenating superhero title.
Posted by Unknown at 20:05 No comments: