Cynic: Kindly Bent to Free Us. 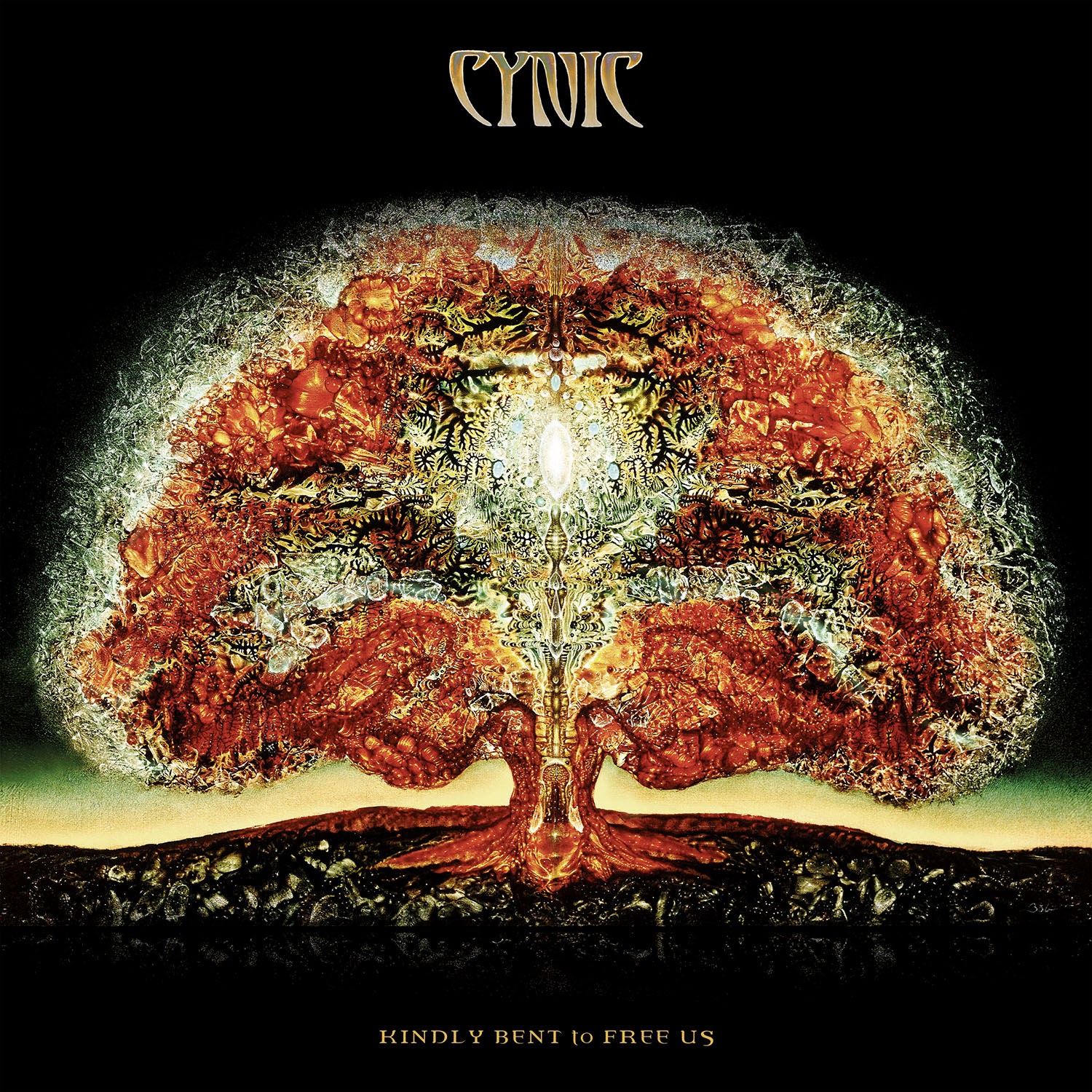 I once read that Gorguts' From Wisdom to Hate should have been the album that came out between The Erosion of Sanity and Obscura. Obscura was such a giant stylistic leap from what had come before that it hardly made sense at the time. In the space of one album they went from a quite good nineties death metal band to something otherworldly, bizarre, a sanity challenging pathos monster. Perhaps they even needed the revisionism of From Wisdom to Hate in order to comprehend the magnitude of their transformation.

Last year, they followed up on Obscura with the amazing Colored Sands. They continued to fill in the (intentional stylistic) gaps at the same time as pushing into new conceptual and musicological territory.

But this is supposed to be a Cynic album review, right?

Kindly Bent to Free Us basically should have been Cynic's first album. It is not really metal in the strict sense. It is actually more of a collision between King Crimson, Rush, Yes, Air Supply (no, really) and... Cynic. Kindly is the pared down framework of the band doing what they have always done best: rhythmically aggressive, driving basslines capable of shifting into exquisite melodies and uniquely arranged harmonic support, drumming that sounds straight ahead yet full of subtle intricacies (should the listener choose to listen for them), the lushly orchestrated guitar and vocals of Masvidal and... technological courage and originality.

Aside from the excellent prog-in-under-four-and-a-half-minute compositions and performances, it is the integration of electronic elements from vocoders to washes, swoops and atmospheric flourishes which really makes this album stand out. And in my opinion is a direct extension of the technological aesthetic of Pestilence's unfairly maligned Spheres.

The approach taken seems to be less of augmentation and layering and more of combination, integration and hybridity. There are obvious moments of glorious synthesiser excess on this album yet it is the subtleties of regular guitar sounds and vocals processed to create specific tones unique to sections within individual songs. In other words, it never sounds like a gimmick.

Cynic's metal album proper, Focus, should have come out after this. Then followed up by the astounding Traced in Air. So get this album, take a trip, time travel to the essence of Cynic, to a safe space before they embraced and were unjustly wounded by metal.
Posted by Unknown at 14:58 No comments: 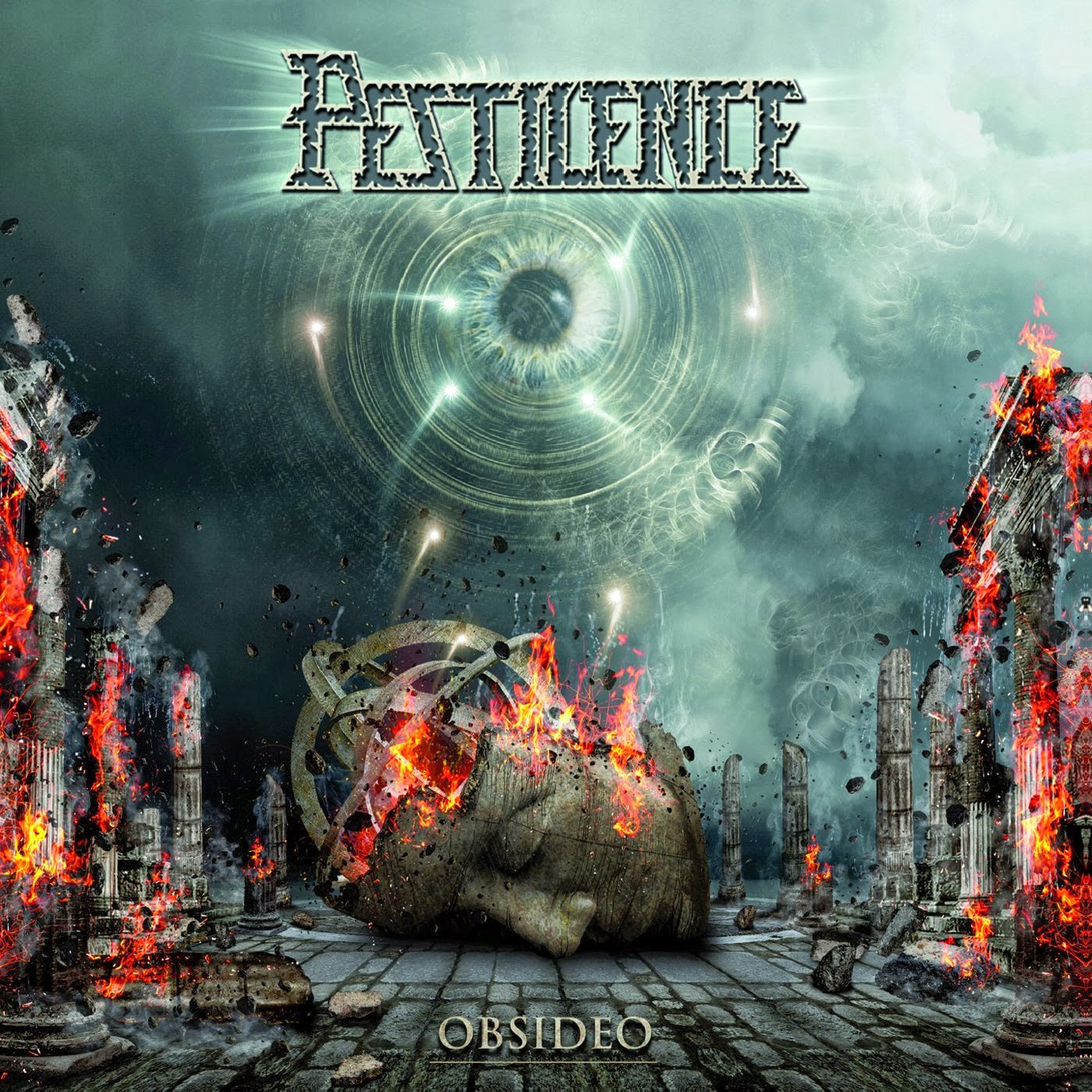 Pestilence comes in three flavours. The Martin Van Drunen Years, The Progressive Phase and Twenty-First Century Revival. I am an unabashed fan of the piggy in the middle. Testimony of the Ancients is a great album but Spheres was the game changer for me. I have written about it elsewhere on this blog. Go read.

A few weeks before I got Obsideo, I was listening to Spheres in my car. It seems as though every time I listen to that album, I am able to unearth new layers of sonic complexity, subtler rhythmic shifts and splendid, original solos wrapped in the (flawed) technological innovation of the time. Spheres, quite simply is a science-fiction synthesiser soundtrack... played entirely on guitar.

As I listened through Spheres both ways to and from work it occurred to me that underneath the synth rich soundtrack to a sci-fi movie never made was some really simple, precise, well composed and executed straight ahead death metal. And I thought: I wonder what this would have sounded like without Roland's midi guitar synth?

Then Obsideo came out. A combination of Twenty-First Century Revival phase muscular production, the urgent savagery of The Martin Van Drunen Years and the melodic and compositional intelligence of The Progressive Phase. Basically a stripped back, stripped down masterpiece released just in time to be spun and forgotten or simply overlooked.

Do yourself, the band and death metal history a service. Listen to this baby.
Posted by Unknown at 14:50 No comments: