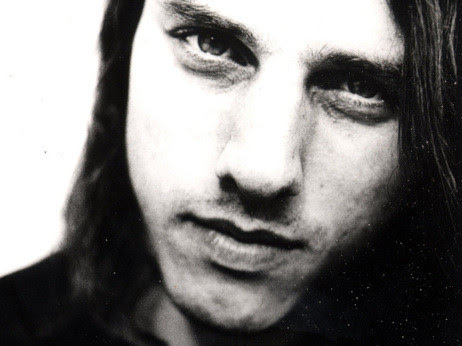 Go there. Go now. 1990s Florida, extravagance, waste, sunshine, suntans, age, oil, alligators and death metal. What was in the water, the air? Why did the revolution happen there? Why did Long Island, New York guitarist Chuck Schuldiner transform from a pivotal death metal guitarist into a crucial founding father of expanding death metal’s harmonic and melodic palette?

Schuldiner’s contribution to death metal and metal generally cannot be understated. As an individual he was enthusiastic, forward thinking, opinionated and I believe to some extent troubled by his own sexuality. Indeed in this regard both Schuldiner and his family were adamant in ascribing the illness which led to his death as a brain tumour in the face of accusations of AIDS. Now like many Death fans out there, I am saddened to recall his passing. That said one of the burning issues I have had with metal for a long time is sex, gender and sexuality. But since I do not know anything new, is there anything new to say on this matter? Read on.

Several months ago I was chasing leads down rabbit holes and found that when viewed from a distance, this elaborate warren cohered around a number of key points: That Paul Masvidal of Cynic was not only a visionary musician and composer but had spent significant time performing volunteer work with AIDS patients in San Francisco. The implications of these findings point to certain conclusions. When viewing photos of Masvidal, I noticed that not only is he rather handsome but that he dresses well and is not overweight or boorish as is common among metal musicians post-twenties. Finally, I came across an interview in which it was implied but never declared that Masvidal and Cynic drummer Sean Reinert were in all likelihood a couple. On following up some of these leads and examining the lyrics of Masvidal’s other well known project, the indie-rock sounding Aeon Spoke, I came across multiple examples of references to objects of love using the male personal pronoun. As Masvidal is Buddhist and not Christian I am fairly confident that he is not referring to Jesus.

Then there is the tie that binds: Masvidal and Reinert both played on Death’s breakout album, Human. What is interesting here is that Schuldiner had previously sung about mutilating a “faggot” on Death’s debut Scream Bloody Gore and now he was playing with “faggots”. In 1987 Schuldiner was twenty years old and composing music in a hyper-masculine, frequently misogynist and homophobic context. To me in this pre-PC age the use of the term “faggot” is neither particularly surprising or shocking. After all the zeitgeist was about shock value, obscenity and offense. A “faggot” was a widely disliked, foreign and quite probably terrifying identity in metal during the 80s. It was a way of distancing extreme metal genres from hair metal popular at the time. This is not to justify Schuldiner’s homophobia, rather it is to contextualise it. As a youth “faggot” and “gay” were terms of derision that I did not fully understand even as I used them. It was not until much later that I learned of their true potential to cause, spread and maintain harm.

Over time Death came to be less about terror and more about examining and rejecting social concepts and conventions. Schuldiner has even expressed embarrassment over the conceptual and musical superficiality of pre-Human Death. No doubt like the rest of us, as Schuldiner aged he came to reflect on his statements made as a younger man in an age which when compared to our own at present was information poor. Whether or not Schuldiner died from AIDS related complications and/or was homosexual is an internet meme that may well never be proved in the affirmative or negative. The fact is that his collaboration with Masvidal and Reinert (who had been recording Cynic demos in the period 87-91) on Human helped bring about personal and musical changes which led to a four album string of creative, engaging and original death metal quite different to what he made as a younger man.

Truth and myth will live on as we choose to inhabit them, whatever secrets were or were not in Schuldiner’s life may well never be known but at the very least Schuldiner dared to question himself and his worldview in public and transferred this to his music. In this regard, in the face of whatever and any other faults that he bore as a man he had the courage to change. Right on.
Posted by Unknown at 16:41