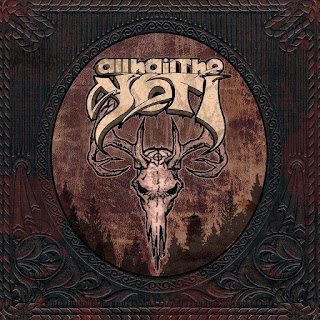 This is what you get when Maylene and the Sons of Disaster deconsecrate and doom up via Eyehategod and Grief and lose the Goo Goo Dolls. There are a few lyrical missteps along the way but then again not every musician can be a poet, right? Nevertheless this is a mix up of southern boogie, southern harmony and southern sludge that recalls Acid Bath in its articulation of light and shade through melody and brutality. I’m Down…
Posted by Unknown at 06:40 No comments:

Over Your Threshold - Facticity 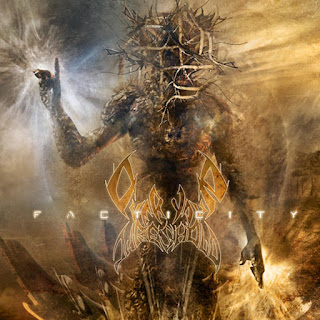 Tech-death is developing some concrete tropes. Seeds planted by Death, Atheist and Cynic then necrotically nurtured by Cryptopsy, Decrepit Birth and Obscura and occasionally visited by close Swede melodeath friends and the occasional post-djenst-er have blossomed into Spawn of Possession, Gorod, Veil of Maya, Abiotic, The Contortionist, The Faceless, Sophicide and Fallujah. Now we can add Over Your Threshold to this list. A ton of Obscura worship with some truly swangin', creative and just plain rad basswork. Who needs more Necrophagist anyway?
Posted by Unknown at 14:49 No comments: 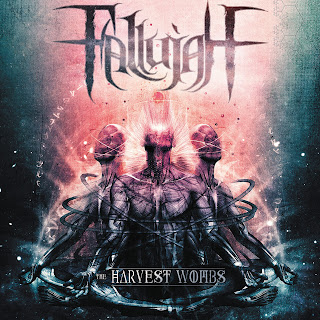 Tis the season for tech-death, no? I know I slept on this release but I have to cop to plain bias: the name screamed "deathcore, deathcore, deathcore". And then I listened. Wild, dark, blackened death with some jazz inflected Faceless-isms, loads of leads, twists and turns peppered with the rhythmic ferocity of latter day, post-Kill Cannibal Corpse. That'll learn me.
Posted by Unknown at 14:31 No comments: 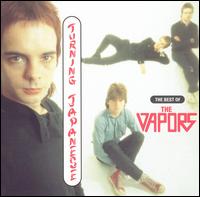 Many years ago now when I had just crested a culture shock milestone in Japan I wrote a paper borrowing heavily on Deleuzian thought about becoming other. My main point then as is now, is that we are already always "dirty" with the other that we wish to/struggle against become/becoming. Further, my contention is that the extent to which we become the other is only limited by imaginative capacity. Which is not to say that by living in some kind of psychotic fantasy land I can somehow become "black" or "woman". Rather, the point is that the extent to which we can utilise imaginative, empathic, sympathetic and cognitive capacity allows us the opportunity to subtly and sometimes drastically redistribute the coordinates of our identities.

What I meant when I said "I was turning Japanese" was that certain models, concepts and images of Japanese-ness (language and culture) were burned away as I gained linguistic (oral, literacy) agency. I could no longer entertain "gaijin" stereotypes of Japan and felt my proximity to Japanese cultural behaviours shift. I did not suddenly feel like a bow master or even particularly adept at some of the more ritualistic aspects of communication (indeed, I struggled against them at times). In other words, I did not feel like I was authentically Japanese. However, critically, I did not feel in-authentically Japanese. As an originally monolingual descendent of the Anglo-sphere colonial expansion I have clear racial markers as well as an accent which at times (not always) re-positions me within a context of being non-Japanese. Then there is the issue that has come to a head for me recently: my affection for my original civic allegiance (Australian) has been abruptly (reality) checked as I spend significant time in my birthplace. Indeed, I feel more of an immigrant here than I do in Japan.

Until returning to Australia, I never felt particularly compelled to concretise my Japanese residency status nor even think particularly seriously about citizenship and naturalisation. However, on return to Australia, on witnessing a society that has moved on and in directions I could not have anticipated, I am starting to feel more at home back in Japan. Part of this is to do with being unemployed and part of it is to do with the distance I now live from the familial and friendship context I have established over the last ten years in my second (now primary) home.

Meanwhile this morning I came across Colin PA Jones' article Our mixed-race children deserve betterthan this, so why bother with Japan?. Jones raises a number of interesting points related to belonging and the legalities of citizenship for children of multicultural families in Japan. However, Jones, like other writers fails to fully exercise his imaginative capacity in terms of constructing an identity of belonging. His identity as a non-Japanese, is while more nuanced than that of Debito or Loco, still trapped in the concept of "foreigner". His argument this time in consonance with Debito positions the identity of a foreigner as somehow fixed and lacking in legal rights in comparison to Japanese. And in this he is correct. However, Jones fails to exceed this well worn discourse by failing to engage with the possibility that Japanese citizenship (via naturalisation) may actually be a desirable goal to obtain. Put simply, it is one thing to crusade for the rights of foreigners as transients but what of the battle for those others who decide to embrace the host culture. On this matter he is clear: he can only for whatever personal, ethical and philosophical reasons remain Japanese. I do not feel this way.

Jones' critique unfortunately rests in the position that a Japanese identity for a non-Japanese is somehow undesirable and intrinsically inferior to that of certain privileged Western, Anglo-sphere civic identity formations. Further he promotes certain grey area methods of civic belonging (keep both passports and keep your mouth shut) where as in reality there are many possibilities open to children of multicultural Japanese families which are no doubt being experimented with by a statistically small yet nevertheless significant number of multicultural families throughout Japan.

For the Anglo-sphere foreigner in Japan, turning Japanese is a process filled with dis-ease which brings into question sovereign allegiances, concepts of a homeland, civic and cultural belonging. This dis-ease should be a location and process of possibility, creativity and exploration yet is frequently hampered by cultural chauvinism and trapped within primitive intellectual frameworks of binary cultural comparison. The multicultural youth that Jones refer to are living through this dynamic time, reconfiguring on a personal and intimate level what it means to be Japanese, what it means to be other and what it means to belong on this archipelago in the twenty-first century.
Posted by Unknown at 14:29 2 comments: