One day the metal internet woke up and discovered production. The next day it learned about mastering. Someone used the word "dynamics" and with an unnaturally intimate connection with wikipedia the modern armchair producer was born.

Make no mistake, I am appreciative of the technological leaps that occur year on year, the kind that make the prohibitvely expensive studio tools of yesterday, today's plugins and freeware. Cockos' Reaper DAW changed my life in all the right ways.

However, just as these innovations brought me joy, so too did they turn somewhat annoying audio-nerds into opinion belching internet annoyances. Their knowledge is kind of like a fart in an elevator or a sexist remark by a "friend" in the wrong/worst possible context - inappropriate and unwanted.

That is correct, dear reader - they hear a hard mastered album and scream "brick walled". They run it through their favourite audio editor to proove for once and for all that they are objectively right! They proclaim judgements of value, complain loudly and say how it should (have) been...

Yet languish at home without a single audio production credit to their names...

All the while listening to low-bitrate streams through cheap/laptop/smartphone speakers... somebody better be collecting my sighs because they could be making a lot of money.
Posted by Unknown at 14:10 No comments: 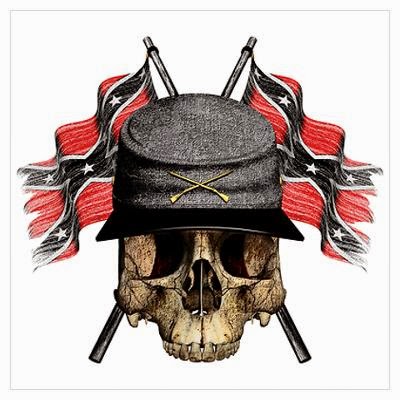 I am from the south. Not that South, but a south. And not the "south of the world"that Sepultura sang about. Further south than The South but by fluke of geography and the British Empire, merely an oversized outpost in view of the Southern Cross. Though if that's not south enough, then being born in the year of the horse, the corresponding year of said annum being south (look it up - or check out the diagram below) surely qualifies me to some extent. 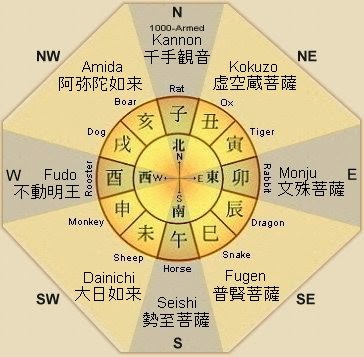 So where does all this come from? It is not about authenticity but it also is in part.

Ever since I played the Civil War computer game, North South at my friend's house as a child, I was enamoured of The South. As a child, I always cheered for the baddies. Not necessarily because I believed in their "causes" but because they always had the better colours, better uniforms, better tech and more interesting characters. In North South the south were the baddies but the game let you play as them.


It was not and is not the case that I am a proponent of slavery and other parochial, exploitative and unjust traditions embedded in the society and geography of the time. Rather it is that I am a country boy myself. I grew up surrounded by agriculture, I remember a time when rivers were not just dirty, polluted drains for industry. I remember a time before franchises and pride taken in local production.

It is the deeply felt connection with nature so critical to constructing images of the south that still resonates with me. The smell of warm mud after rain in the summer, cicadas, willow trees and endlessly blooming oleandar, crepe myrtle and local flora, the humidity... just as an agrarian lifestyle was wrenched away from the south at the conclusion of the civil war, so too was the torpid pace of my own historic homelands.

What most people tend to think about the American Civil War is that it was all about slavery. In reality, slavery as a condition of unification and motivation for the Union was a late (yet rational and necessary) addition to the cause. The American Civil war was first and foremost political and economic. It was a war over the right of secession and a war of (futile) resistance against the march of industrialisation as the new economic standard.

Of course, it would be ignorant to say that slavery as a custom and socio-economic system was somehow separate to secession and "way of life". It was not. Nevertheless, it was the last gasp, the rallying of resources on an American scale, the gall to resist that rings true with me.

I have no gilded view of the south in the United States. This little essay is not an attempt to mask or otherwise obscure the real and pernicious, ongoing legacy of deep racism, the psychological and intellectual mauling of people's hearts and minds by peculiar American interpretations of Christianity as well the crippling and far too common blight of poverty on numerous communities.

However, this troubling little writing is about the loss of connection between metropolitan, always connected human lives and nature. It is about generations of children born into a world in which the subjugation of nature is simply given. It is a lament (to follow a previous tearless lament) to an economy that existed before unsustainable, neurotic scales of economy. The civil war was won by the industrialists. The industrialists went on to rule the world.

Yet, a little version of the confederate flag waves within me. Sure, it is dirtied by wrong deeds and injustice, it is bloodied and often wrong headed. But it dares to stand proud and remember a past that for only concepts remains tangibly close.

I got both head and heart, both North and South.

Before hope and desire could congeal around digital (semi) immortality there were quiet, inarticulable dream spaces. Nascent revelations, explorations clung to the extreme peripheries of consciousness. A kind of reverse nostalgia, a premonition of deja vu, a familiar echo from the futures. Bound concepts, so familiar yet too subtle, too fragile to be teased into the concrete.

When on past occasions, when extracted from cognitive-mystic space, a concept's initial reach was less than today but the price of restricted distance was balanced with an increase in depth relative to time in rumination.

Before the tools for forgery, for forging, exceptional will was required for the process of extraction and so many facets, possibilities received gentle nourishment in daydreams and in the spaces created by forgetfulness and the misremembered.

In-betweens and never-weres, such sad yet beautiful non-existences. Their form, their cling to the unique contours of inexpression, given passion through elision. Just when apprehension appears certain, they retreat, millions of filaments realigning with myriad other ideas.

So I am left with an explicable red man, cyberpunks who lost the war and friends who cannot but still return to familiar paths. We meet at these intersections and glimpse, just close enough to recognise? Question and cherish the tender squeeze on my heart.

Slight return but not to the same. Each and every flight and fancy, seeds both immature and premature are carelessly broadcast. Each one, on its own insignificant but with the grim weight of repetition become not monstrous in the sense of chaos but monstrous in its ordinariness.

So that which should have been left in dreams, left between cognitive interruptions, eruptions is born as a forever-incomplete chimera hardened into permancy through high frequency oscillating electric signals.

And so I lament what never was, and shed not a tear.


I got to hear all of Dusted. several years later (don't laugh, Napster was just getting born) and never really recovered from my disappointment.Over the weekend, I got to hear Universal Immolation. Somewhere along the line (unlike the djentlemen from three years ago), Skrew picked up on the best bits of Meshuggah (hypnotic, tribal, repetition), started programming better beats and soundscapes and actually became good. 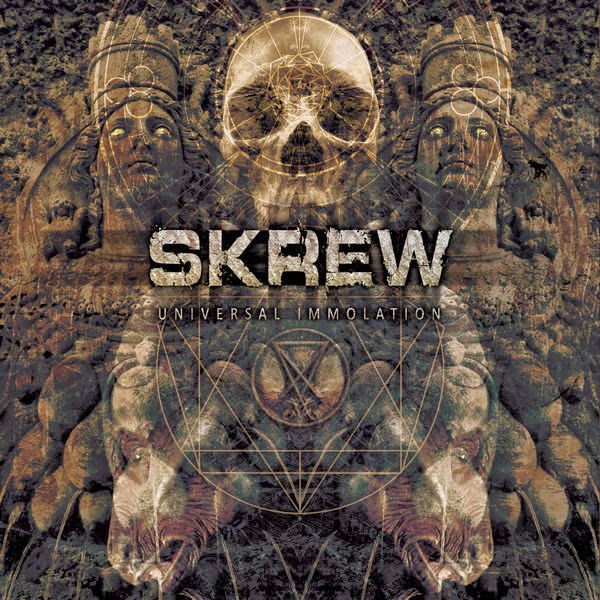 Universal Immolation won't blow your mind but it is a rather good representation of what industrial metal can and should be in the Twenty-first century.
Posted by Unknown at 13:18 No comments: