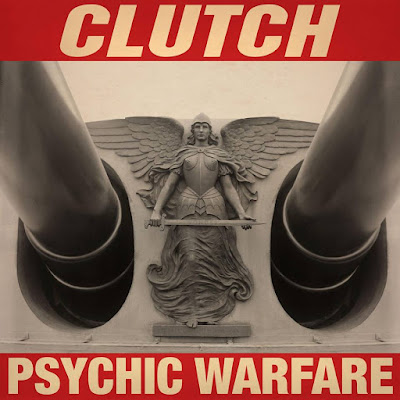 A disclaimer, the “behind the scenes” for the transformation of this site continue to develop, much slower than anticipated, though still steady. Programing is complex, brainy stuff for a non-programmer. The upside to this is that it makes me use my brain, particularly logic (especially troubleshooting/debugging) and math skills at a level not experienced in years.

I once lived alone in a small old house on a hill just a short walk from my university. It was lonely and expensive but the surplus of time allowed me to enjoy music at a pace I rarely have time for any more. 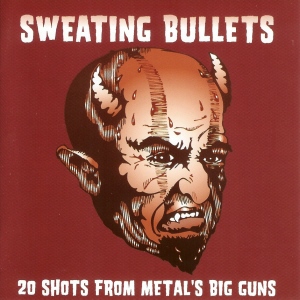 “Elephant Riders” was my first Clutch song. It was buried on the Roadrunner Records label sampler Sweating Bullets. The hard rock swagger and funky groove caught my attention but it was the lyrics that won me over:

On Our Way To Washington Where Work Is Done By Men With Gavels,
I Heard A Sound That Just About Removed Me From My Filly's Saddle.
Just Outside Of Antietam, Where Once There Was A Mighty Battle,
I Heard The Rhythm Of The Hammers Beating The Rail Lines Together.

With or without the music, Neil Fallon’s lyrics stand alone. Over time, he has become my favorite poet, just behind William Blake. He draws on a deep well of fantastical American imagery, mythology, history and stream of conscious. His is not the work of mopey, “traditional”, post-ironic appropriation of Americana. It is something deeper, more ambiguous and powerfully evocative. 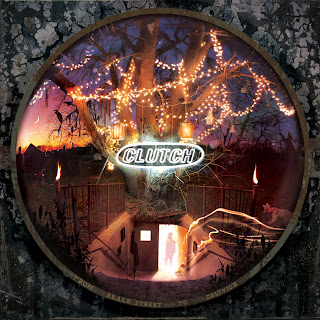 Take the psyche-blues set to science fiction of “The Rapture of Riddley Walker” (From Beale Street to Oblivion):

Went to the doctor, to see what could be given.
He said, "Sorry, but you've got to do your own livin'."
Went to the pastor, to hear what he would say.
He said, "Sorry, son, come back later some time after judgment day."
There is no safe way out of here. No passage below the dungeon.
No mother ship will save you. So goes the rapture of Riddley Walker. 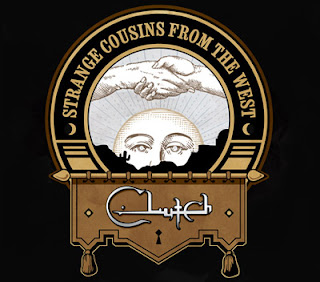 There are few lyrics as powerfully evocative of the decay of the American empire (a recurring theme for Fallon) as in “The Amazing Kreskin” from Strange Cousins from the West:

In the raining park the chessmen play,
The faithful atheists refuse to pray,
The steam-works weep, the addicts do not care,
Crowd of cold people stand by and stare

The garbage eaters, their many retainers
Come to collect all the foul remainders
The smoke hangs heavy, the wrecking ball swings
In the clockwork of a collapsing thing 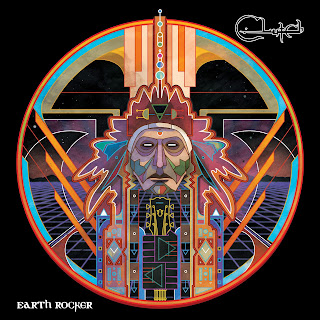 Of course, there is the wonderfully refreshing take on the raging Clutch of old on “D.C. Sound Attack”, off of Earth Rocker:

The optics of it are not important.
The public don't give a damn.
I see you're in need of consultation now.
Everybody needs a sinister hand. 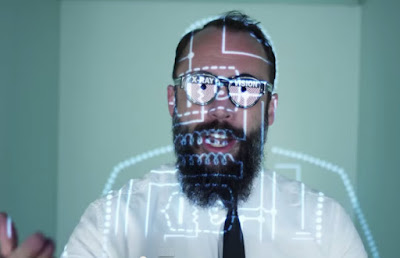 Psychic Warfare is Clutch’s attempt to make re-distill and blend into a fine liquor the best of everything they have done over the three preceding albums. The reconstruction of simple blues formula on From Beale Street to Oblivion, the blatant, over the top psychedelia of Strange Cousins from the West, and the return to hard rock primitivism on Earth Rocker are refined and combined to create compositions that are distinctly Clutch yet new, energetic, playful and original. This is a band who could break the fourth wall and wink at their audience. But their meta is far too clever: “we know we could wink at you, but we won’t cos we respect you, but here are a few clues…”. Psychic Warfare is everything that Clutch did and continue to do well. It is respectful of its adopted musical traditions but it is also daring and bold. In other words, it is splendid.
Posted by Unknown at 08:56 No comments: